it is Impossible to see BLACK BRILLIANCE without also seeing the price paid for RACISM and the job yet to be done.

09 Feb it is Impossible to see BLACK BRILLIANCE without also seeing the price paid for RACISM and the job yet to be done.

Posted at 03:26h in Blog, Emblematic by Andy Tarsy 0 Comments

It is impossible to see Black brilliance without also seeing the cost that Black Americans and the nation itself have paid for racism and without appreciating the job yet to be done.

Scott Joplin wrote Treemonesha, an opera about the rural southern Black experience in 1911. And yet the New York Metropolitan Opera did not stage a Black written opera until Fire Shut Up in My Bones, composed by Terence Blanchard opened its 2021 season.

William Goines became the first Black US Navy Seal in 1962. When he enlisted he did not know how to swim and he said he was a lefty (he was not) so that he would not be disqualified by his short right trigger finger which had been permanently disabled in a shop accident. He not only learned to swim and shoot –  but qualified as a Seal, one of 13 out of 97 in the group that made it through training. He was fluent in multiple languages and did three tours in Vietnam in addition to serving on the Seal team that was deployed to Cuba during the missile crisis. A decorated hero, he retired in 1987 after 32 year of service. 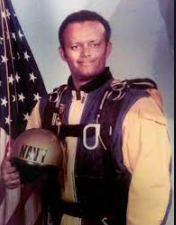 And yet today’s US military has a crisis level lack of diversity among its officers. According to the US Defense Department’s Diversity and Inclusion Board 2020 survey, US military officers are 73% white and 8% each Black and Hispanic. An AP story from May 2021 digs deep into the state of the US armed forces today and reports this: “deep-rooted racism, discrimination permeate US Military.”

Black political leaders ran for office in large numbers following the Civil War and the adoption of the 13th, 14th and 15th Amendments to the Constitution ending slavery and guaranteeing the right to due process under law and the right to vote. Sixteen Black candidates were elected to Congress and more than 600 were elected to state legislatures while several hundred more gained local offices in communities.

Yet as of 2022, there have been two African Americans elected Governor in the United States. The first was Doug Wilder of Virginia who served from 1990 to 1994. The second was Deval Patrick, who is still the only Black American elected Governor of a northern state and the only Black Governor nationwide to be elected to two terms. And Congressional Republicans are refusing to re-authorize the Voting Rights Act even though 17 of them voted to reauthorize it in 2006 and there is an assault on voting rights taking place in states across the country right now.

Black inventors have brought us life-changing innovations. Oprah’s website provides great examples: Frederick McKinley Jones had 30 patents on various forms of refrigeration equipment for for trucks, trains, ships, and planes – and for use specifically to preserve blood and medicine. Granville T. Woods had 60 patents pertaining to railroads, including the induction telegraph system which radically altered the ability of dispatchers to communicate with trains. The famous George Washington Carver gave us peanut butter but also ink, dye, soap, cosmetics, flour, vinegar, and synthetic rubber.  Madam C.J. Walker became a millionaire from the hair products she developed for Black women. Garrett Morgan developed the modern traffic signal – contributing the idea of the yellow caution light between the red and the green. Marie van Britain Brown won a patent for an early  home security system complete with a closed circuit camera and panic button.

And yet there are actually no Black or Latino Americans in top management roles at the US Patent and Trade Office that oversees the granting of patents. And on its extended executive committee the only people of color are in predictable “diversity” and “government relations” roles that have no influence over the granting of patents.  There has not been a Black or Hispanic person in the office of Undersecretary of Commerce for Intellectual Property, the job that oversees the entire operation, in the more than twenty years since the position was established in 1999.

The brightness of the lights of Black brilliance that shine are all the more miraculous because of the barriers Black Americans have overcome. And our opportunity to focus on brilliance during Black History Month continues to be limited by the necessity that we focus on the historical and present-day evidence of discrimination and exclusion that also defines the Black story of being American. All Americans have a unique responsibility to know our complete and true history, warts and all. When it comes to Black history, the sweet and bitter come together. Make sure you are getting a taste of both this month with so many terrific learning opportunities available and so much to read. And reflect on the opportunities within your own control to educate yourself and others about the whole story – and find a role for yourself in its next chapter.

Andy Tarsy is Principal and Founder of Emblem Strategic and leads the Emblem Network in a focus on DEI, ESG and social impact strategy. He is also a Principal and Founder of Conscious Customers LLC which creates supplier diversity programs for great companies. And he is a trustee at Benjamin Franklin Institute of Technology in Boston and teaches as an adjunct at Boston University’s Questrom School of Business.