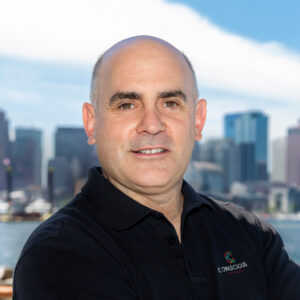 Emblem is led by founder Andy Tarsy who draws on decades of experience as an executive and advisor in business, government and the non-profit sector. His value as a a strategist, coach, connector and consultant helps leaders turn their vision and values into impact, distinction and advantage. The teams of experts Emblem assembles to serve clients are experts in their fields and selected intentionally to get the job done.

Previously, Andy was a founder and President of the Alliance for Business Leadership and was President of the Edward M. Kennedy Institute for the United States Senate. He served as Executive Director of the Anti-Defamation League of New England and as Senior Vice President of Strategy and Business Development with Everseat, a Baltimore based Healthcare IT company acquired by Relatient. Earlier in his career, Andy was a Trial Attorney in the Civil Rights Division of the U.S. Department of Justice and in private practice.

Andy was awarded the NAACP’s Kivie Kaplan Humanitarian Award in 2008 and the Max Michelson Humanitarian Award from Jewish Family Service of Metrowest (Boston) in 2018. He has been appointed to roles in public service by Democratic and Republican Governors of Massachusetts. Today, Andy is a Trustee of the Benjamin Franklin Institute of Technology and a Strategic Advisor for Boston’s Foundation for Business Equity. He volunteers as a docent for the New England Holocaust Memorial and as a youth soccer coach.

Andy graduated from George Washington University Law School with Honors and received a Bachelor of Arts in Government from Cornell University’s College of Arts and Sciences. He is a graduate of the Roxbury Latin School.

Our collaborative business model means we can scale to any size project and meet your needs, whatever they are. The expert partners we bring to the table via the Emblem Network are subject matter experts and highly in-demand practitioners. 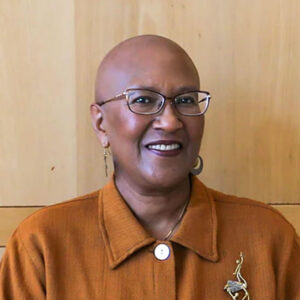 René is CEO of Redwood Enterprise. She has spent over 30 years working with public and private employers and nonprofits on transformation in the workplace. René has a special focus on building and restoring trust with internal and external customers, including training, assessment and monitoring and strategic guidance on racial justice, gender equity and unconscious bias (for example as a member of the court-appointed Coca-Cola Task Force, Director of the Presidential Glass Ceiling Commission, and as current chair of the Equality Task Force of the U.S. National Security Agency). A graduate of Tufts University with a degree in chemistry, René combines multiple modes of rigorous analysis to her work. She has collaborated with Emblem on DEI engagements with clients in municipal government and financial services. 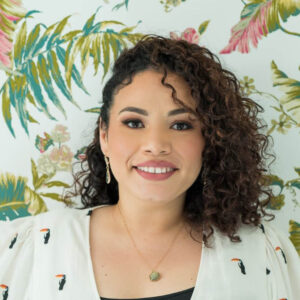 Doris is the co-founder and Executive Director of The Melanin Collective and specializes within the DEI field on educating, empowering and creating transformational change in the lives of womxn and gender non-conforming people of color in the workplace. Doris has over a decade of experience in empowering marginalized communities living at the many intersections of identity and oppression. She grew up in Santa Ana, California, and earned a a Bachelor’s in International Development from UCLA in 2008, with a focus on Latin America and the Middle East. Doris has done extensive work with complex workplace surveys and qualitative research. Throughout her career, Doris has focused on expanding access to healthcare and higher education and on championing social justice and sexual and reproductive health for all. She is currently designing a training program with us to deliver to a client in the investment management sector. 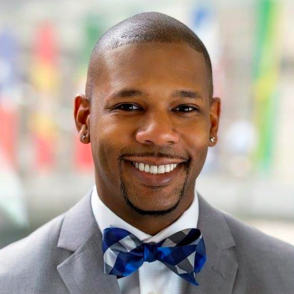 Omari is founder and Managing Partner of Aarons Group. He is a skilled culture change practitioner with 15 years of experience inside Fortune 150 companies who sees clearly the urgency that workplaces to be representative of the populations they serve.​ Omari has served as an employee resource group leader and has authored a number of business diversity strategic plans to attract, recruit and retain racially diverse talent. He is also the inaugural president of the National African American Insurance Association of Boston. Omari is one of the 2021 “40 LGBTQ Leaders Under 40” in North America as namedby Business Equality Magazine. He is a graduate of Xavier University in Cincinnati and is a Howard Thurman Fellow at Boston University School of Theology where he is pursuing a Master of Divinity in Global and Community Engagement. In a recent collaboration with Emblem, Omari designed and delivered a program together with Andy Tarsy to help an LGBTQ+ Christian group focus on anti-racism work. 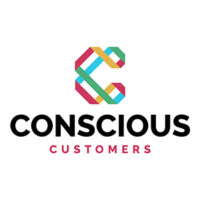 Conscious Customers is a women and minority led firm which also includes Emblem’s Andy Tarsy as a partner along with Izzy Jacques, Gloria Porras-Velasquez and Arturo Velasquez. The Conscious Customers team focuses on supplier and vendor diversity, helping any size business or organization align spending and values. At the same time, Conscious offers a unique approach to deeply engage your employees and other stakeholders in doing the same with their personal and household spending. The aim is to produce measurable impact, elevate your entire culture, build meaningful business relationships and set you apart. Right now Conscious is working with fine companies like Cerevel, Synlogic, Matouk, Winn Residential and Finard Properties.

A partnership of Arturo Velasquez and Gloria Porras-Velasquez, Imagix Studio creates transformative marketing, design and communications solutions for clients in widely varied sectors including hospitality, consumer packaged goods, banking, healthcare, apparel and beyond. Making changes in how you operate is not as significant if you cannot communicate it effectively to those who need to hear and that is precisely where Imagix Studio shines. Imagix is the go-to partner for Emblem and many of our clients when it comes to graphic design, marketing, advertising, web design, video, photography, and mural design. Recent clients include Wework, Brookline Bancorp, Foundation for Business Equity, SEED Curated Cannabis Market and 3Islas Group Restaurants.

It’s time to put impact at the center of your growth plan!

How we can help you